Day 20: You could probably ride a unicycle

Improving any skill starts out frustrating because, by definition, you don’t have that skill yet so you start off trying to do something you can’t do yet. So if at this point, you’re struggling or getting frustrated, that’s normal. And drawing with a different grip, with different joints in the arm and trying to make fewer, more committed lines – these are all motor skills. Learning those is often an even more frustrating process.

It’s also true that your eye often has progressed further than your arm, so it can see the mistakes and tells off your arm for making them but the arm is always a few steps behind. 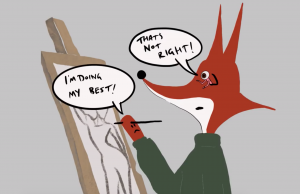 We talked a bit about the hump already – where every new skill feels terrible at first, with bad results and then after a while, things start to get easier and easier until the new skill is no effort at all.

But there’s more to this story. That initial feeling – it’s so awkward and weird at first. It’s like trying to ride a unicycle. Many years ago, I used to help out at an after school club in Japan. And all these little kids were just unicycling all over the hall, and goaded me into trying it. 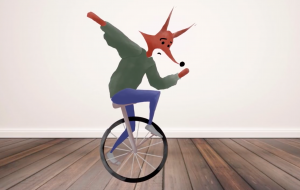 At first I could not go 30cm without falling off. It felt like I would never in a million years be able to do it. After a lot of falling, I was able to get through a half rotation of the peddles. It felt like this wasn’t real progress. I was still basically awful at it.

But then I managed to do one full rotation of the peddles. A bit more practice and I could do 3 or 4 rotations. 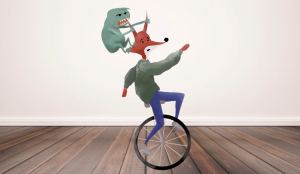 But after 3 or 4 rotations that little doubt gremlin in my brain would say ‘hey you can’t ride a unicycle though’ and I’d fall off. 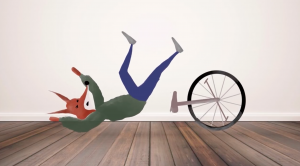 The mind was the hardest thing to shift. The only way was to take a leap of faith and go for it, prove it wrong. It worked, and I was soon riding across the hall. 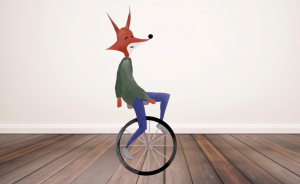 So what’s the point? Firstly that the first stage is the slowest and the hardest. You take ages to go from nothing to 1m and it doesn’t feel like much has changed, even though you’re actually halfway there. 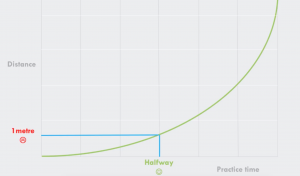 Secondly, once you have the ability, your mind can still get in the way and cause doubts – like there’s a part of you that has confidence and another part that doesn’t – you will need to have some leap of faith moments, when you believe in your ability despite the doubts.

And lastly, learning to draw is like this except that you go through the process over and over again. You don’t just go from ‘can’t draw’ to ‘can draw’. There are many aspects to drawing, and there are levels to each aspect. Even if you’re a great artist, there’s always more to learn, that means doing things you can’t do well yet. So even they have to go through that same feeling of getting on that unicycle and not knowing what the hell they’re doing or if they’ll ever be successful. 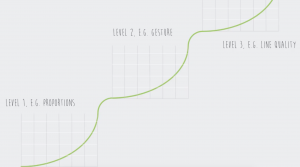 So I hope you’re enjoying Figuary. We have gone through a lot so far. You might still be in that difficult phase where it seems nothing is improving, but continue to take those leaps of faith and keep going. Enjoy your practice, regardless of the outcome of the drawings, and I’ll see you here tomorrow.