If there’s one word that is the centrepiece to learning to draw, it’s ‘habits’. This video is all about building a drawing habit. If you’d prefer to read it, it is also written out as an article below the video.

If you have a habit of practising and studying drawing, you can become amazing at drawing. This article is about how to build a good drawing habit.

A lot of this article is based on two books – the Power of Habit and Atomic Habits. 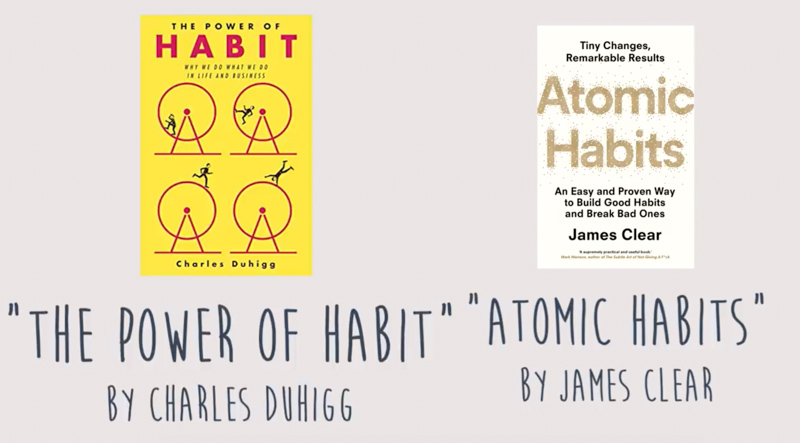 You know that phrase ‘life is what happens while you’re making other plans’? Well those things you’re actually doing without really thinking a lot about them, those are habits. And they can produce incredible results. Some people’s habits ruin their lives while for others their habits take them to the very greatest heights. And if you’re anything like me, things like New Year’s resolutions and stuff don’t really get done, but habits do. 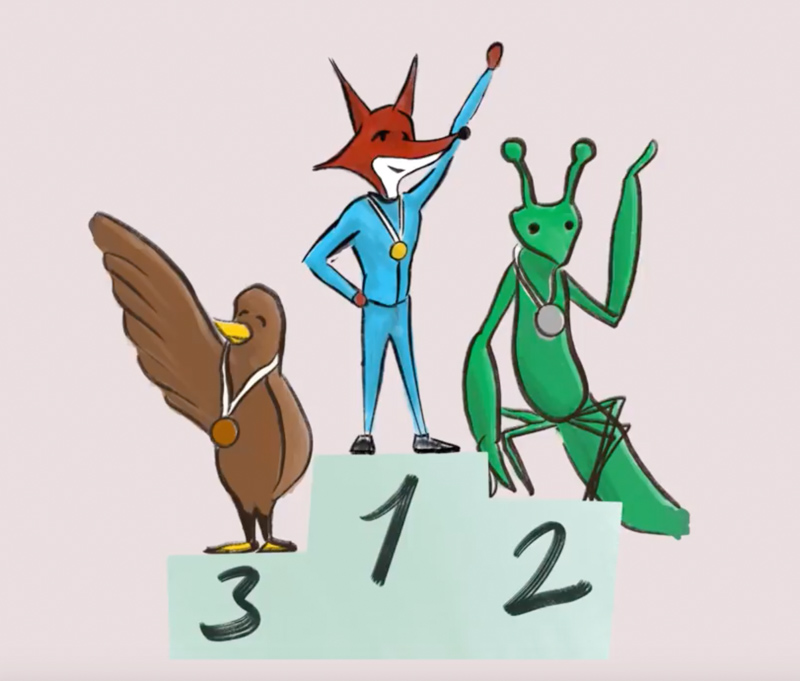 Here’s how a habit works: there’s a cue – something that triggers the habit. It could be a time or a place like the living room after dinner, or something that happens like your phone going off. Then there’s the action, the thing you do, like watching TV or, for us hopefully, drawing. Then there’s the reward, like relaxing, feeling satisfied or laughing. 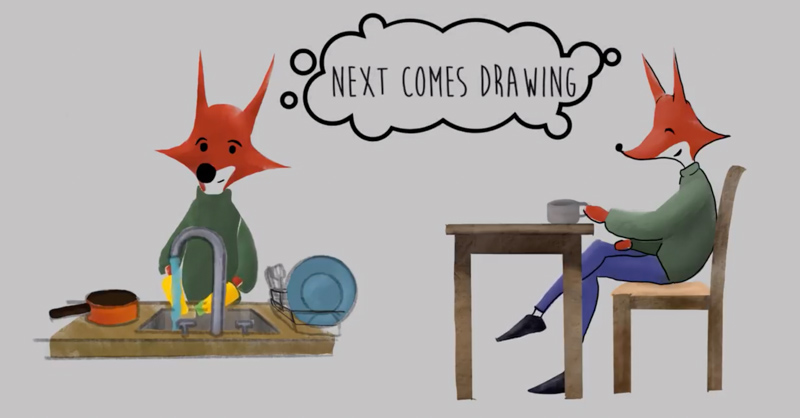 Instead of building a new habit and fitting into your day, it’s sometimes easier to take an old habit but modify the action.

Here’s an example from my own life. I had a habit of wanting to relax with some Netflix or YouTube or something after dinner. 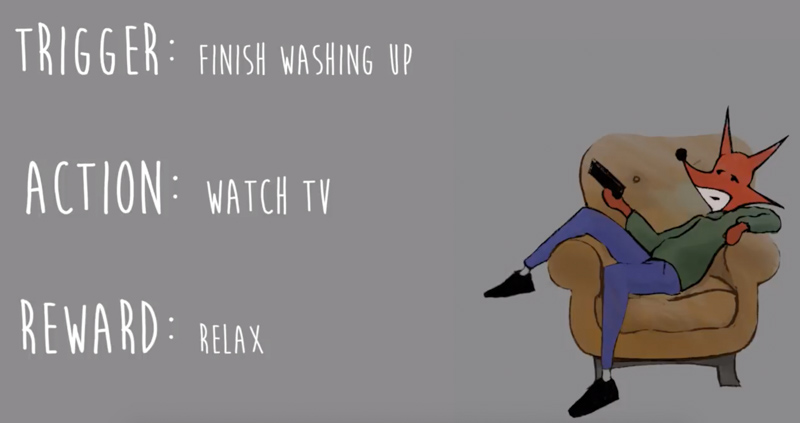 But I wanted to spend extra time drawing, so I needed to change the action from watching TV to drawing (except when the Bake Off is on, then it’s back to the TV). 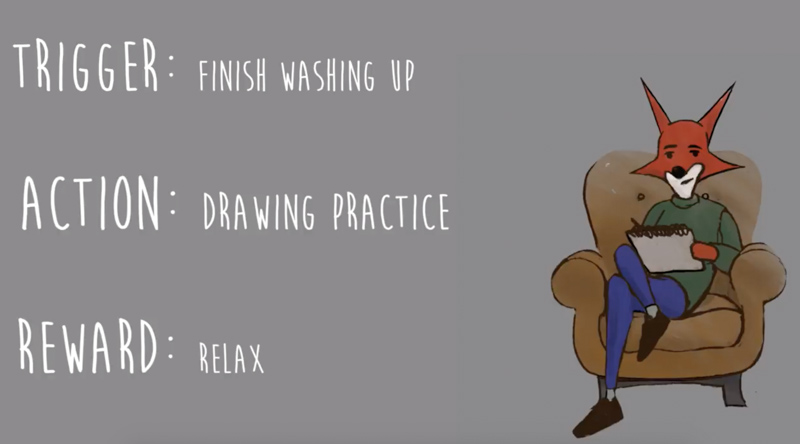 So let’s look at those stages of a habit in more detail.

Make the cue a consistent one

Hopefully we’ll be drawing a lot, so the triggers for the drawing habit need to be things that happen regularly. When you wake up is a good one, during lunch break and so on. My life drawing class is only on during term time and only once a week – that’s not going to be enough practice, so I have a lot of other cues that get me practising.

Make the action easy and attractive to start

In order for that cue to trigger your action, there needs to be zero friction to starting and even better, it needs to be attractive. Watching TV is both easy and attractive – it involves the nicest room to be in, the living room, the most comfortable chair, the sofa, and they made remote controls so it’s insanely easy to do. So to add a relaxed evening drawing session, I needed to make drawing that easy to start and the place I did it that attractive.

I keep the TV unplugged, so there’s some effort to set it up, but my sketchbook is right here ready to go. My living room is switching from a TV watching place to a relaxed sketching place.

The other thing is to make the session really doable. Aim for just a one minute session. So after dinner, I’m in a great place for drawing, and all I have to do is drawing for 60 seconds. Very often, it’ll turn into a longer session, but even if it’s just one minute, consider that a practice session.

In order for this evening drawing practice habit to work, I needed that drawing practice to give me the reward that TV was giving me – relaxation & time away from daily worries. If my post-dinner drawing practice was about hard study or creating something great to put out to the world, I might not have successfully switched my habit. I would have craved that relaxation reward, and the TV would have beckoned. So I keep the evening practice zero pressure. That doesn’t mean that I avoid hard practice, which is really important. It’s just that for that time of day after dinner, I know I am more likely to do something if I find it relaxing. 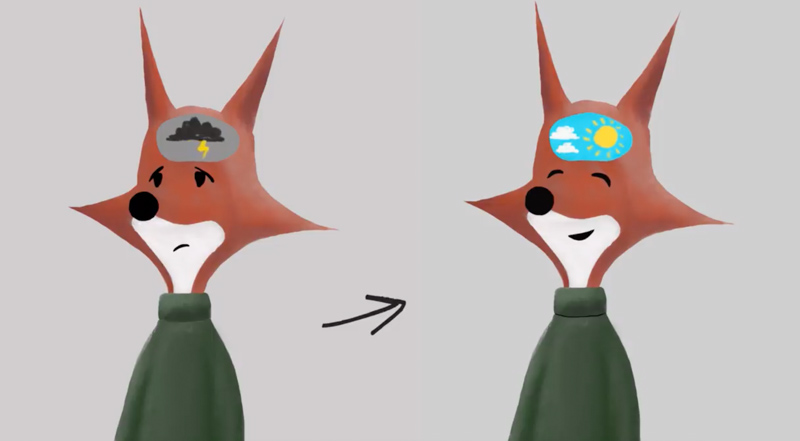 Who do you think you are?

And finally, maybe the biggest thing – how do you see yourself? A lot of people say things like ‘I can’t draw’ or ‘I don’t have much talent’ – even people studying art. I know for some people it could feel arrogant or pretentious to say you’re a good artist or even to just say you’re an artist at all. But if you don’t say you are a budding artist, then you probably won’t do what artists need to do.

So to summarise, see yourself as a person becoming a good artist, create an environment that makes practice easy and attractive, decide on regular times that when drawing sessions will happen and make sure that you have a mindset that means that drawing practice gives you some immediate rewards like satisfaction.