Something that never ceases to amaze me about learning art skills is how long it takes between understanding the idea and the principle and being really good at that thing. Probably one of the top three most important skills in art is lerning ) simplifying your values into a simple structure. This is one thing I could not get right for years despite understanding it.

Most good courses, especially painting courses, will start off with teaching you this skill, maybe even in the first week. The idea is pretty straightforward and simple. But the reality is that it’s not going to take a week to learn this, it’s going to take a tonne of repetition and time.  I’m going to describe it now, but the actual getting good at it is the hard part so that’s what we’re going to look at later in this article.

Let’s start by looking a painting by John Singer Sargeant.

We’ve been analyzing this in The Life Drawing Study Group. I asked people to simplify this down into three values. So in this case, it’s going to be that light value like on her skin, then like a middle dark for the background, and then the darkest dark like her dress and the cast shadow under the table. When you do that, you realize that really the painting is built on a very simple structure of shapes. You can even push to just 2 levels of value. 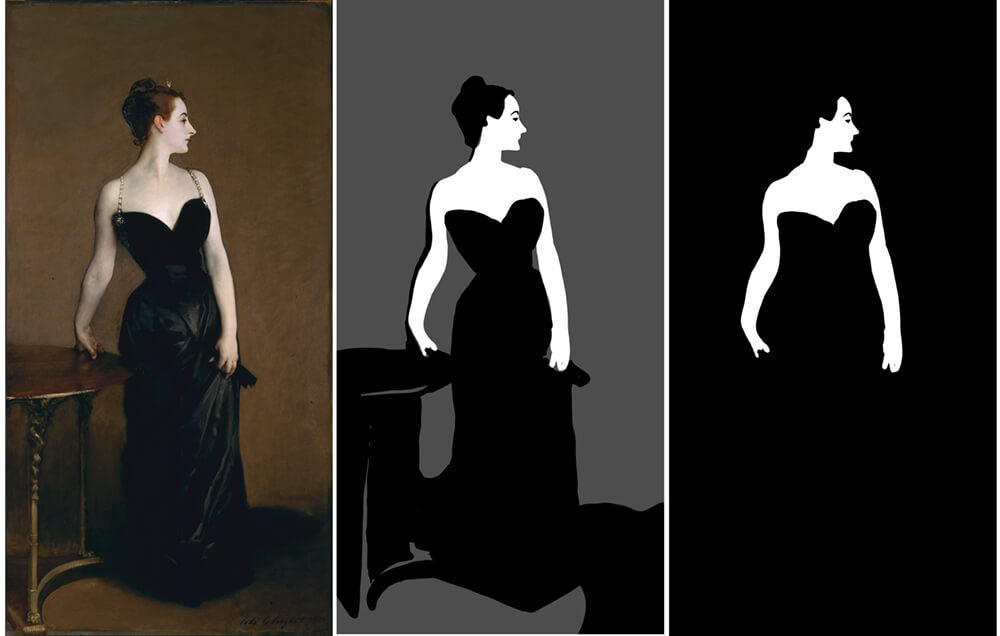 When we’re beginners at art, we tend to make our images really convoluted. Our values are all over the place and we add lots of contrast all over the place. There’s a few reasons for that, but one of them is that whatever we’re looking at when we’re drawing or painting it, we get affected by something called simultaneous contrast illusion.

Never heard of it? Here’s a cool example of simultaneous contrast illusion at play:

In the photo above, the two stones with the red arrows pointing to them are the same value, or in other words the same grey. The one in the shadow looks so much brighter, but that’s just because of the context around that stone.

A nice example in our master study is the table legs on this painting. The temptation is to put the table legs into the lightest value as if it’s a value close to her skin.

So let’s pick out the colors from various points in the painting and bring them out. In the image below, I’ve picked various spots on the painting, so, the darkest bit of her dress and then the light bright looking bits of her dress, the dark background where the cast shadow is and the lighter bit of the background, the light bit of the table leg, the dark bit of her hair. When we see it broken down like this, it’s clear that the skin is way lighter than the chair leg – it’s not even close to that range. 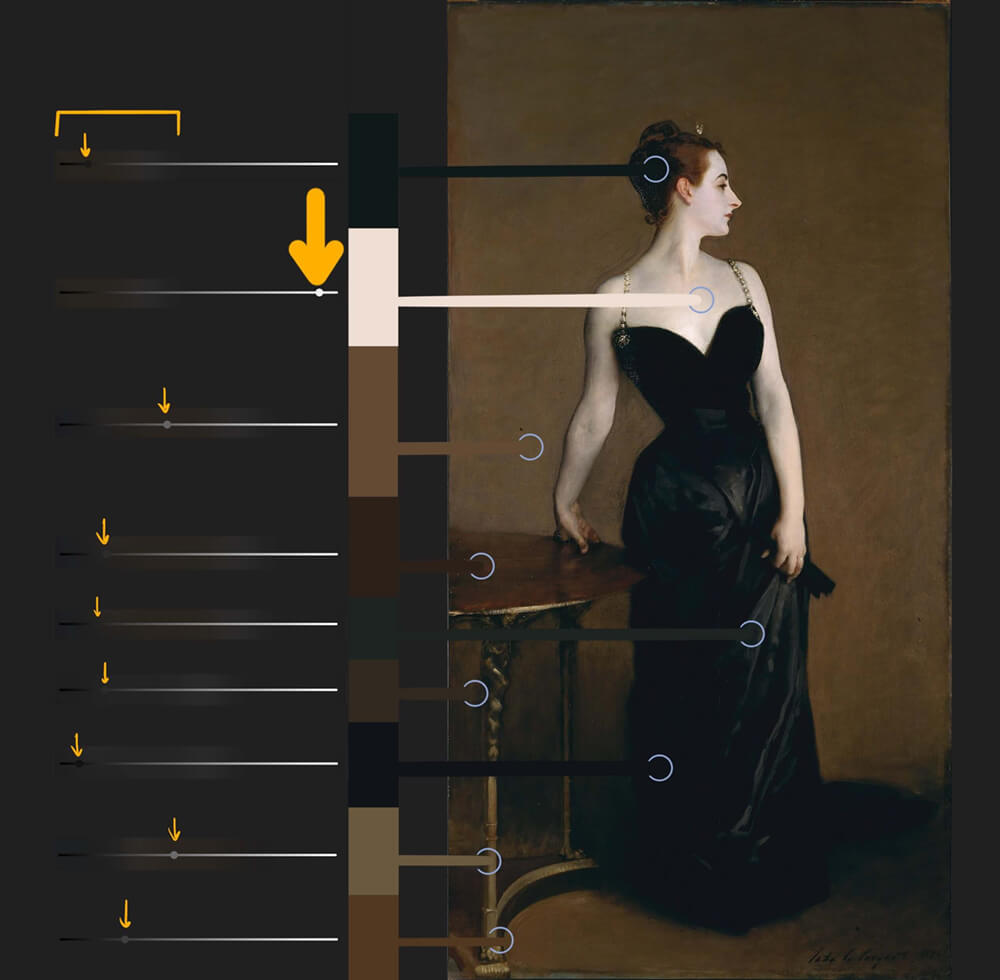 If Sargeant had made the chair leg as light as the skin then it would start to distract away attention from the main thing that he wants the attention to go to.I illustrated that with the image on the right. 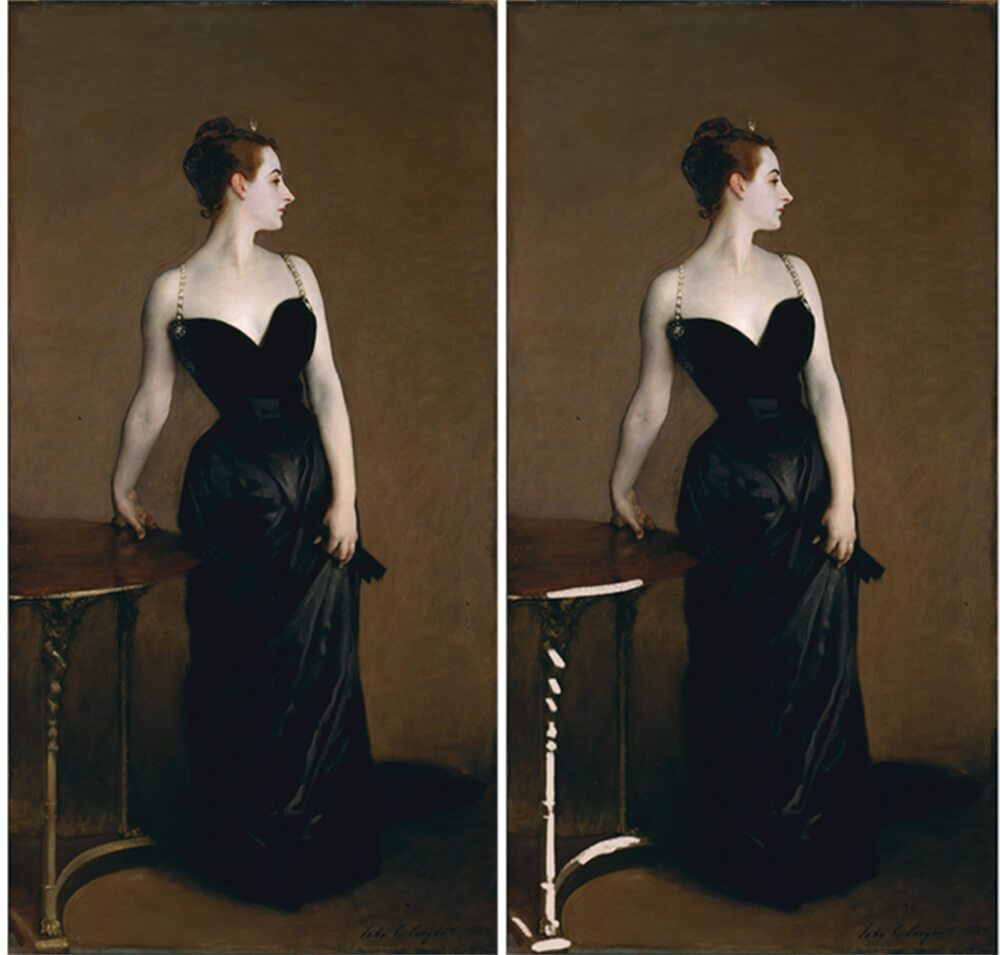 Here’s another quick example we’ve been looking at.

In the original painting, the jacket looks fully realized. But actually when you squint at it, you can see that it’s basically all in the same value range, it’s all in the very dark end of the spectrum of values, very close to the background, and nowhere near the value of the focal point, which is the very light value on the guy’s face.

So, let’s move on to the steps of how to actually get good at simplifyng values

Step One – noticing and accepting your fears

I have three technical steps for you coming up, but none of them are going to work until you figure this one out. 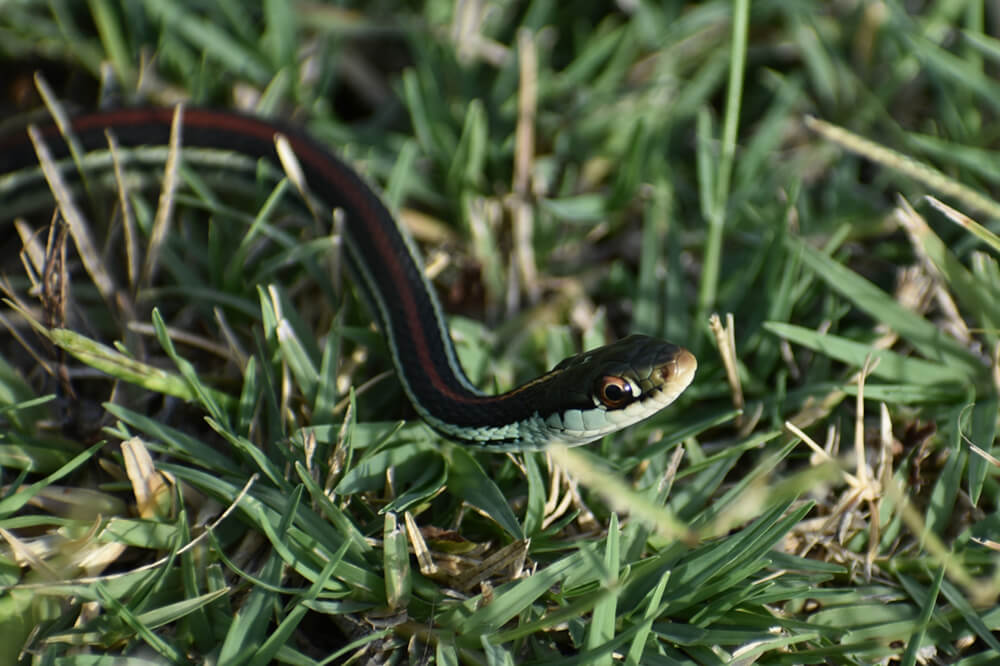 In a survival context, we need to be able to exaggerate contasts to detect threats, so that we can see threats like our slithery friend above.

As artists we are not afraid of being bitten by a snake as we draw. Instead our fear as artists is that the thing we’re drawing isn’t going to look like that thing we see unless we capture every tiny detail. We don’t want to be embarrassed and do a drawing that doesn’t look like what it is, right?

Well, this fear is kind of a self-fulfilling prophecy, because probably the thing that is going to make the drawing or painting look worse is that fear, which tries to make you force your drawing to look like what it is. It happens all the time with faces. If you can abstract the face into simple shapes and draw those, it is a lot more likely to work than if you try to draw the eye and the nose and the mouth and so on.

Squinting is your superpower that will help you fight this evil villain of simultaneous contrast illusion.

So for your first step, squint at what you’re drawing and painting. It’s like this built-in really awesome technique and you can already do it.

The cool thing about master drawings and paintings is that the artist has already figured out the value structure for us. That this artist was seeing when they were doing this painting from life wasn’t probably this simple. It didn’t have this beautifully designed value structure. They did that. That’s the artist creating that for us, and it’s already done, so when you’re doing the study of them, you can squint at the painting and that’s going to reveal that simple structure  of values. 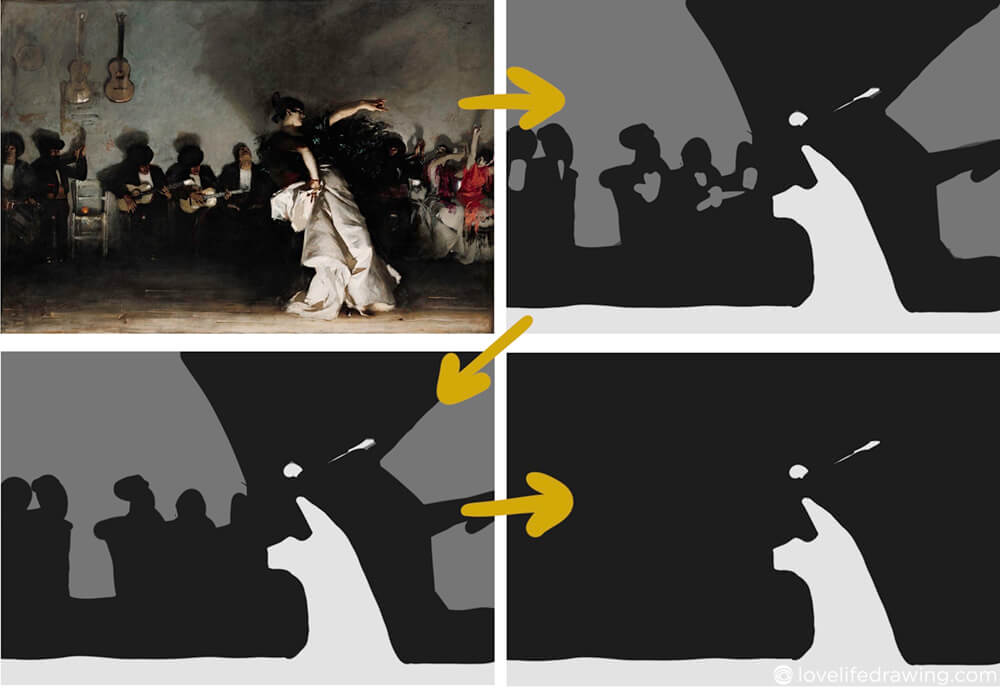 This could be still life, landscape, figure – whatever you’re interested in. You’re going to squint at it and you’re going to try and create a simple value structure with two to five values.

Whether it’s a reference photo or real life, try to make sure the lighting setup is good for this exercise. So I would recommend when you’re starting out just use one simple single light source so then it’s going to be really clear what’s happening with the forms and with the shadows.

Ideally the angle of the light source and your viewing angle is going to be such that you see the part of the form that is lit and also part of the form that is in shadow. So you don’t want it to be like you’re viewing the form and you’re only seeing the lit part or you’re only seeing the shadow part, but you want to see some of both, because then as you build up your simple set of values, those values are going to explain how the form is turning. For further reading about value studies, you might like to check out my article on seeing light HERE. 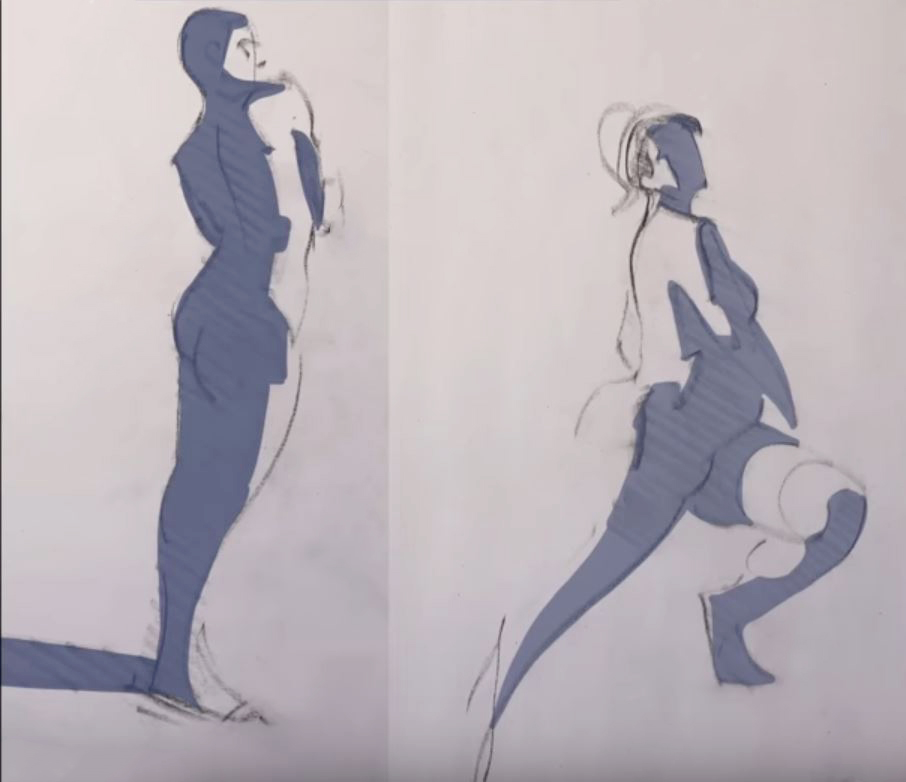 Okay, so here’s my last point about this. This is very important.

The idea of simplifying values doesn’t take that long to describe. If you have a 10-week course, this might be taught in the first week. The lesson adequately explains the idea and then the teacher moves on. But that’s the supply side, that’s the teacher’s side. But for you as the learner, the amount of time and effort that you should dedicate to this idea is way more than the time it takes the teacher to explain the idea. So, remember that, and keep practiccing – and don’t be too hard on yourself if it takes a long time to really gain a full understanding of values.

Lastly I wanted to mention, in case you don’t have it already, we have an excellent free pdf guide that takes you through all the skills of figure drawing (and in what order to learn them!), which we’ve designed as a learning companion to help you on your life drawing journey. Find out more HERE