Portrait sketch by Mayko at a life drawing session

In part 1 we discussed why portrait art is so difficult, and that one way to simplify things is to think in simple geometric shapes and keep in mind some basic principles.

Thinking in simple geometric shapes can help the brain to stop thinking of what you are seeing as a face, which has myriad deeply ingrained associations for us as humans, and see the object as it is. If you don’t like this approach, that’s fine as there are various ways to approach things.

Anything that can help you disengage the face recognition software in your brain, and see the shapes and tones as they appear to your eyeball is helpful. Try drawing a face upside down, for example (I’m really talking about when you practise by drawing from photos, though you may be lucky enough have a committed family member willing to pose upside down).

Whatever approach taken, you will probably need to put down a first draft and improve it incrementally until a likeness is achieved. Experience should reduce the number of drafts required.

At some points the process feels like a game of ‘spot the difference’. You look at the face and back at the drawing and try to see what you need to change. Sometimes it’s something heartbreaking – like the eyes need be shifted 5mm down. This means that you’ll have to re-draw them, which seems such a shame because you might like the way they’re looking.

For example, while drawing Judi Dench I realised that my draft had a nose that was much too long, making the whole face too long, so I needed to shift the jaw and mouth up, along with the nose:

The positioning of features turned out to be wrong, which became apparent by the stage in the middle photo.

The final version of Judi Dench

When you spot such a difference though, it is well worth making that change, no matter how painful it will be to erase your hard work.

You’ll notice that the practice pictures on this page are mostly from photos of celebrities. I did these because most people will be familiar with these faces. I am trying to improve by drawing from life though – mainly by drawing my long suffering flatmates.

I have found that a good place to start as a beginner is older people’s faces. They have a lot of strong lines on their face, which makes it easier to achieve a likeness. Young people often have very smooth faces without a lot of definition, so you don’t have as much to work with, especially young women.

Shifting the eyes down or similar adjustments are a lot easier when you are drawing digitally using a wacom tablet and stylus. You can take Photoshop or Sketchbook Pro’s wand tool, select the feature, and move it, resize it, re-angle it and otherwise tinker with it until it looks right.

I had a go at doing an entire practice portrait, this time of Joseph Gordon-Levitt, on a Surface Pro in Sketchbook Pro and the stylus. It worked reasonably well, but I shifted to PhotoShop as it had more functions. I went a little crazy with the ‘smudge’ tool.

A note about hair:

The hair is best drawn as a shape with tone, rather than as strands drawn with a zillion lines. Drawing the hair as strands can often lead to a ‘spaghetti’ hair look. Instead, you can look at the tones of the hair – where the light falls and where there is darkness, and draw this tone as you would shadows elsewhere. Hair falling across the face or stray curls can be drawn as strands. Unfortunately, I have yet to master this technique (as you can see from my drawings on this page!).

Sometimes the hair is the hardest thing to get right, because it is an incredibly complex mass, plus it masks so much of the underlying structure of the head. Sometimes when practising drawing heads, it’s useful to practise drawing someone who’s head shape is completely exposed, aka a shaved head:

The mouth is difficult to draw (have you noticed a theme when it comes to portraits?). One thing to keep in mind is that it is not flat. The lips lie on top of the teeth, which are aligned in a rounded shape, so the lips are also rounded. Imagine the writing on a tin of baked bins – 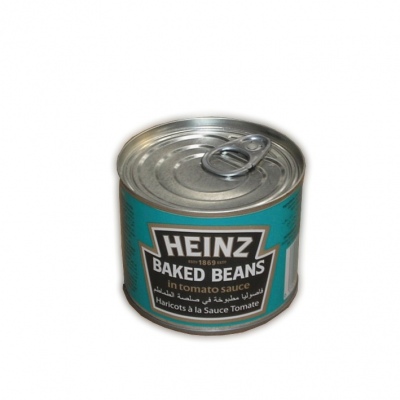 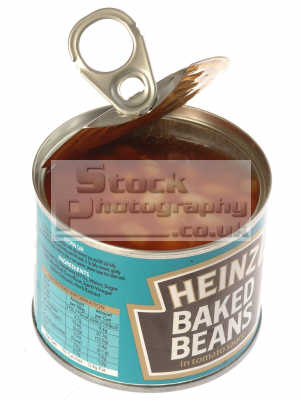 The angle at which you are looking at the mouth will affect how it appears in a similar way, because the curvature is similar. Notice that at an angle the far side is much more foreshortened, like the D in ‘baked’ in the picture on the right.

There are lines from the edges of the mouth to the nose on almost everyone. in general, my personal preference is to de-emphasise these or leave them out entirely. Although these lines are present, and sometimes quite prominent, for some reason when drawn they can make a face look quite ugly.

Do you have any useful tips or experiences when it comes to portraiture? Or perhaps you have a question? We are all learning together, so please write something in the comments below!