"Inspiration exists, but it has to find us working" - why the art of life drawing is more relevant than ever

Life drawing by Picasso – when he was just 15 years old!

In the old days in both the East and West, art was ‘skill in action’. Would-be artists spent the first few years of their career in their master’s workshop, copying the master’s style and techniques to hone their skills.

This practice became unfashionable when people think that an artist’s value was entirely dependent on their individuality. Technical ability gradually moved into the domain of craft or commercial art, losing its status in so-called fine art.

Now we are learning to appreciate the importance of artistic skill again, but still tend to think that visual art has more to do with inspiration and original vision than diligence and technical improvement. We take it for granted that athletes and concert musicians spend much of their time practising their artistry, but we don’t associate such discipline with visual artists. This has resulted in many artists not practising their skills in the same way that athletes and musicians do.

This might be a blind spot for the artists who blame themselves for a lack of inspiration and originality during their quest for artistic identity. What they really need most could be basic visual art skills, which come only through regular exercise – drawing and sketching. Would Jimmy Hendrix have been able to think up the incredible sounds he did if he hadn’t spent hours strumming a guitar, playing existing songs and so on? Bruce Lee, the legend that revolutionised the world of martial arts, trained in various arts diligently before he started to think creatively about them.

For visual artists, such training and skill development is equally important. Attending a life drawing class is a very powerful way to get the artistic muscle moving.

Pablo Picasso’s words summarise this idea nicely: ‘inspiration exists, but it has to find us working’.

To build a solid foundation of life drawing skills, have a look at our online course.

You are your own art teacher. Are you a good one? 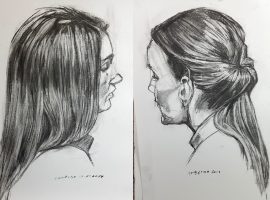 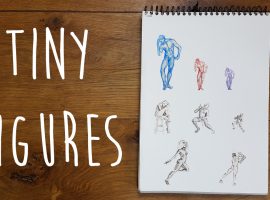 How to Draw Tiny Figures - a powerful & fun exercise