This article is the third part of the 3 Levels of Gesture Drawing series. You can see part 1 here and part 2 here.

Have you ever heard of people talking about rhythms in the figure drawing? What are they talking about? I have no idea, I think they’re just making up stuff to sound fancy and smart. Just kidding, it’s actually something that’s going to add a ton to your drawings so let’s get some of that good stuff into your skillset.

So I don’t think there’s a formal definition out there when people talk about rhythm versus flow. But here is how I think about it, which I think makes sense, and hopefully it’ll be useful to you too.

In the last article, we looked at how you can find flowing curves that run through the points of the figure we see. The figure will throw up lots of points that connect through different flows. We might think of the rhythm then as how these curves relate to each other, which is just as important as the curves themselves. The stars below create 3 different flowing curves, and those curves work quite harmoniously with each other. 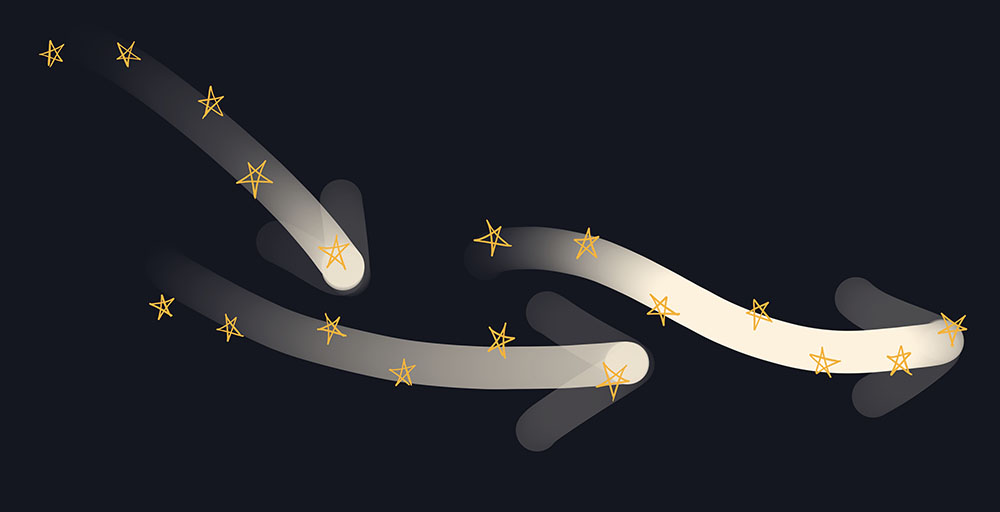 I have a tendency to explain things I do understand using analogies about things I don’t understand, which makes no sense. But in that vein, I’m going to use music as an analogy for gesture. Let’s say the important points on the structure of the figure are notes, then the flowing curves we just looked at in the previous article are like chords that tie the notes together. Then the rhythm would be how these chords are sequenced to create the music.

These curves flow the same way, and sort of repeat each other. In some ways they are part of the same flow, they harmonise with each other, they guide the viewer’s eyes in the same way. In Michael Hampton’s book he refers to repeating curves, which is a great way to describe them. 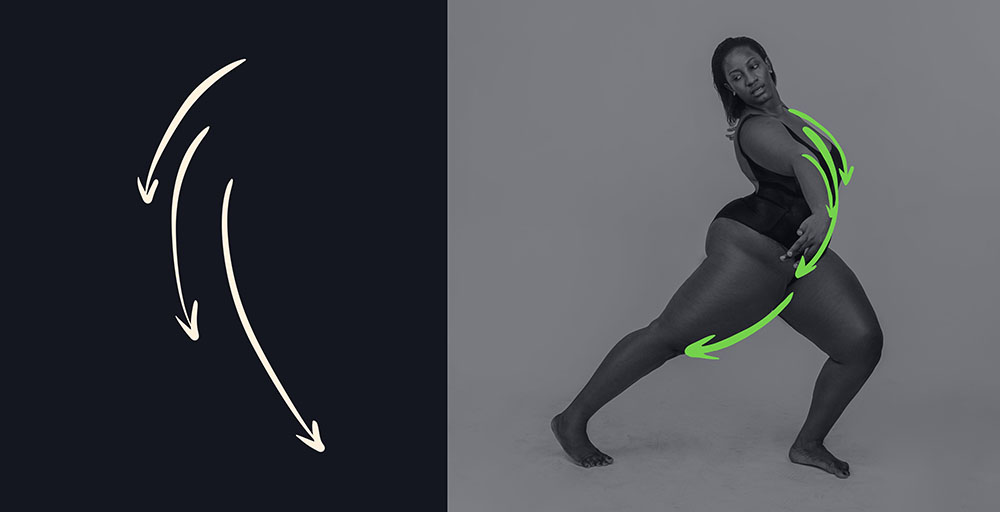 Notice in this rhythm game how the notes and chords come offset from each other. They don’t all come at once, they go in a sequence. One hits, then the next one, then the next one. The way they are sequenced and the gaps between them creates the music. If the music was just all the chords at once, that’s not a song, it’s just a load of noise. 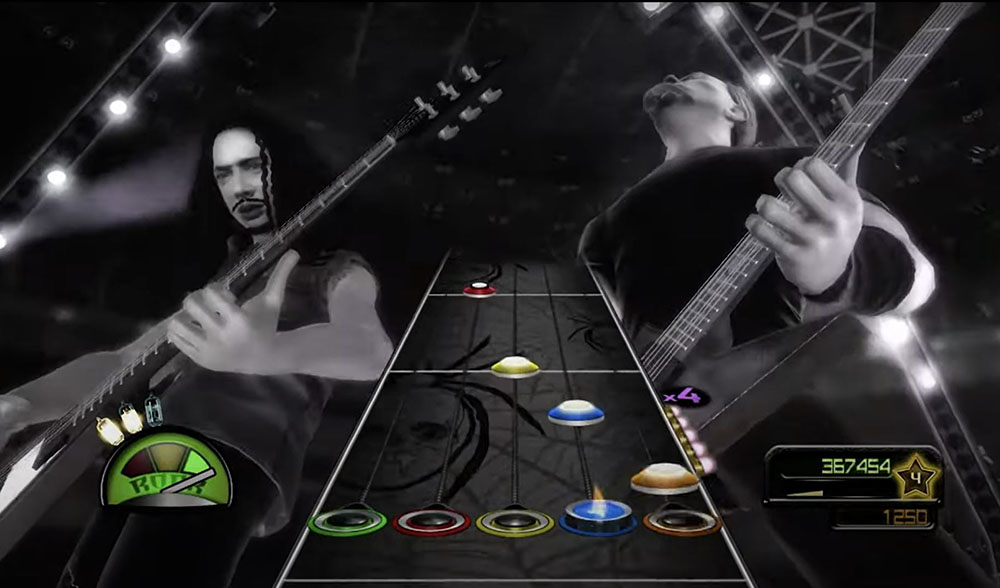 So it’s the same in your gestural drawing. The curves in the example below are asymmetrical. These ones are offset, the viewers’ eye can follow these curves in a sort of sequence and now they create music. 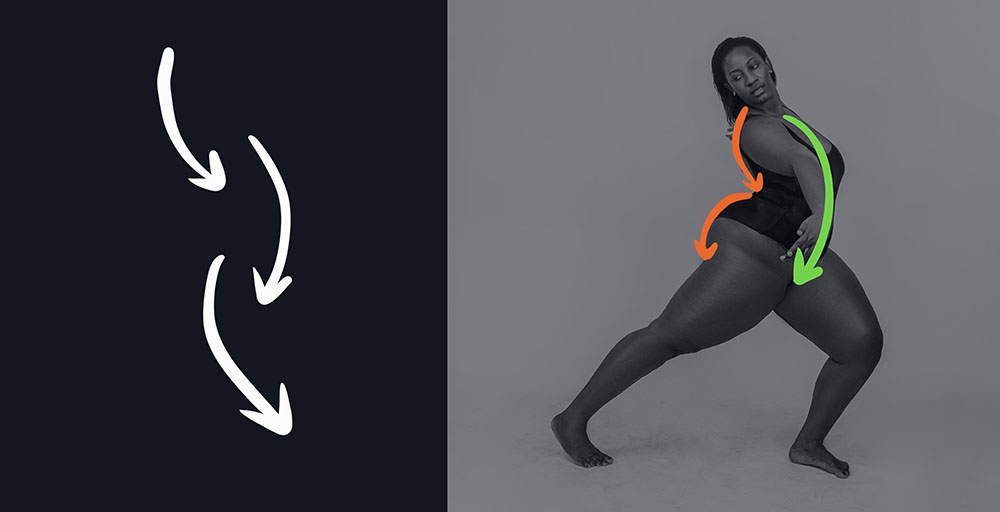 This is a term I’ve totally made up. But sometimes the curves sort of branch off from each other. 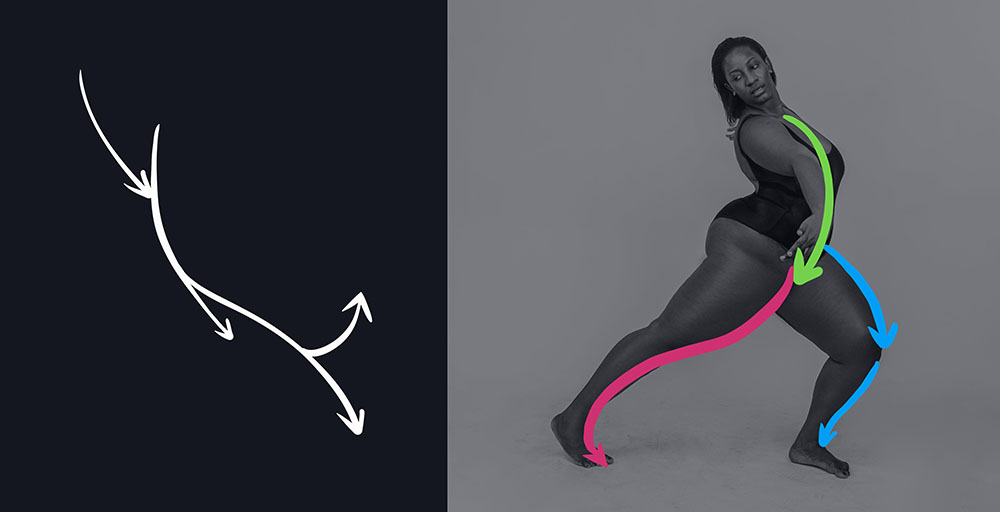 So they aren’t really repeating, they are not counterbalancing, it’s more like they are vines growing out of each other. When this happens, there is still, to me at least, a harmonious rhythm through the curves. They still are working together.

If you can create drawings that bring out these rhythmic relationships between big flowing curves, the viewer’s eyes will travel along these flows and start to feel the rhythm of the pose. 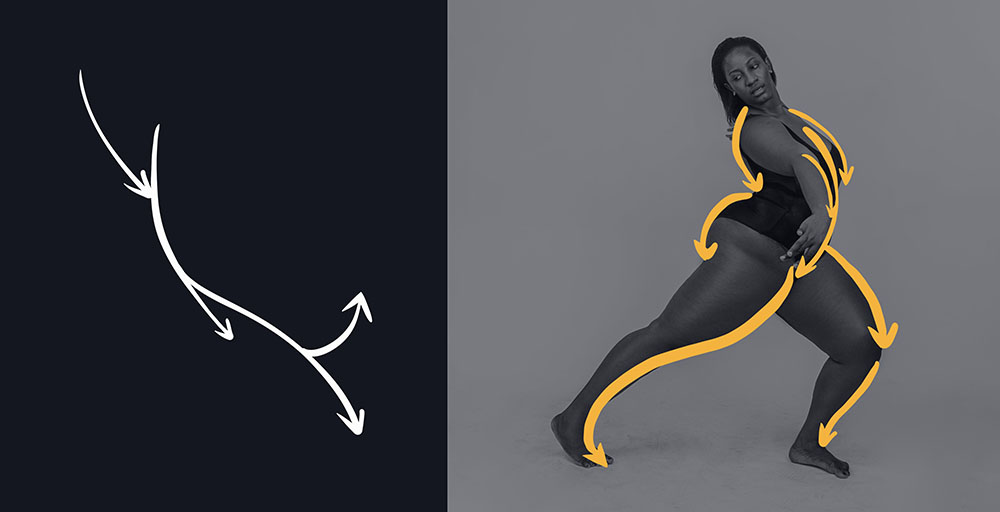 So in the above, there’s a complexity of curves around the torso, and things get more spaced out and simpler at the legs. That varies the tempo of the curves nicely when you are drawing this pose.

Jarring breaks to the flow

Another thing that will bring attention is where there is a sharp change in the flows of the figure. Here they are all bringing us this way along the ribcage, and suddenly they turn a sharp angle at the waist. 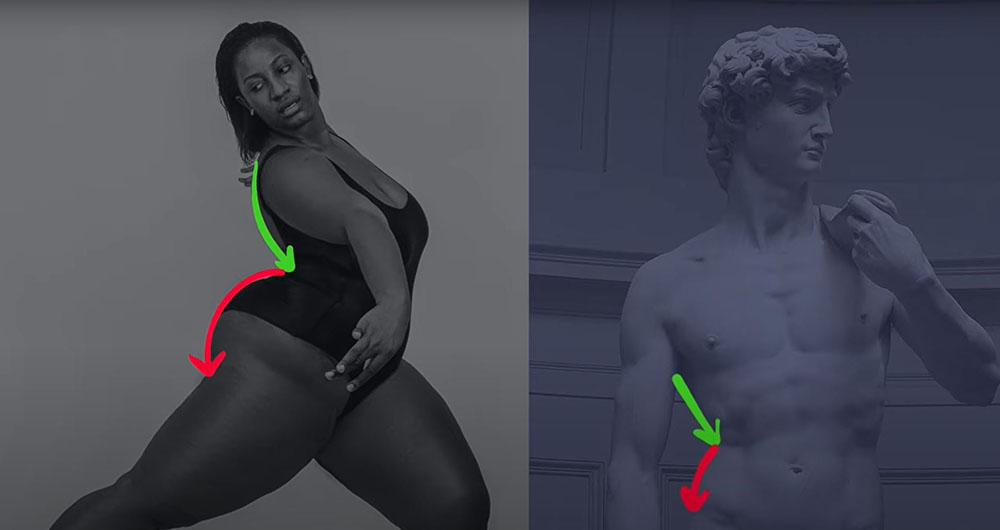 There is no flow at the waist, it’s a jarring break in the flow. These pattern interrupts bring interest and variety, although you probably don’t want to overuse them and have too many all over your drawing.

Even a figure just standing creates rhythms because of the way the figure is put together. The ribcage tilts back and the pelvis forward, which helps us stay upright, and that creates asymmetries. In a side view or a ¾ view you should see those natural rhythms through the figure. From the front, those asymmetries might be lost, and it could be harder to find rhythms in the torso. 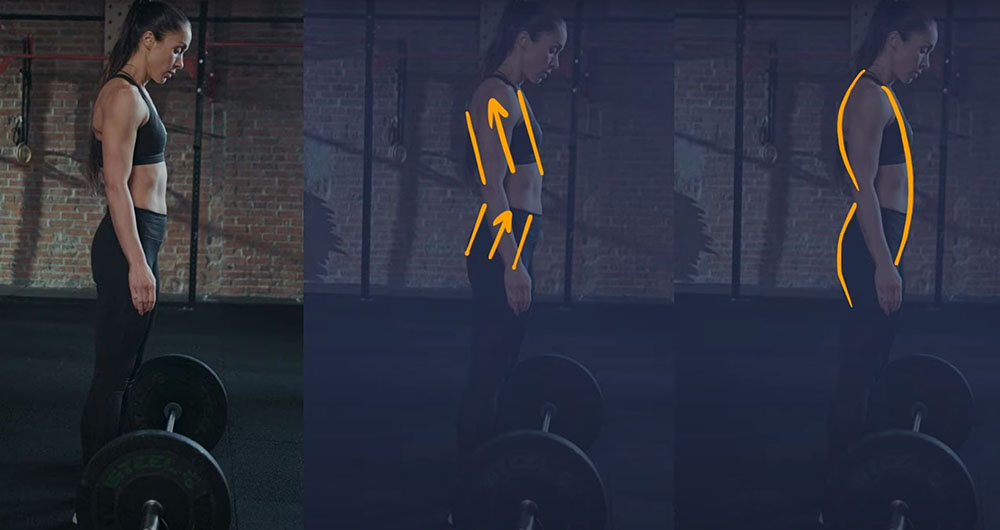 Usually when a person makes a movement with their body, there are counterbalancing actions and asymmetries that naturally create rhythms. So for that reason, in most human actions and poses, there is some sort of rhythm.

A really common pose you’ll see is contrapposto, usually where there is more weight on one leg which pushes the pelvis up on that side, and to maintain balance, the ribcage then angles the other way. This creates a natural set of assymmetries, and a squash side against the stretch side. 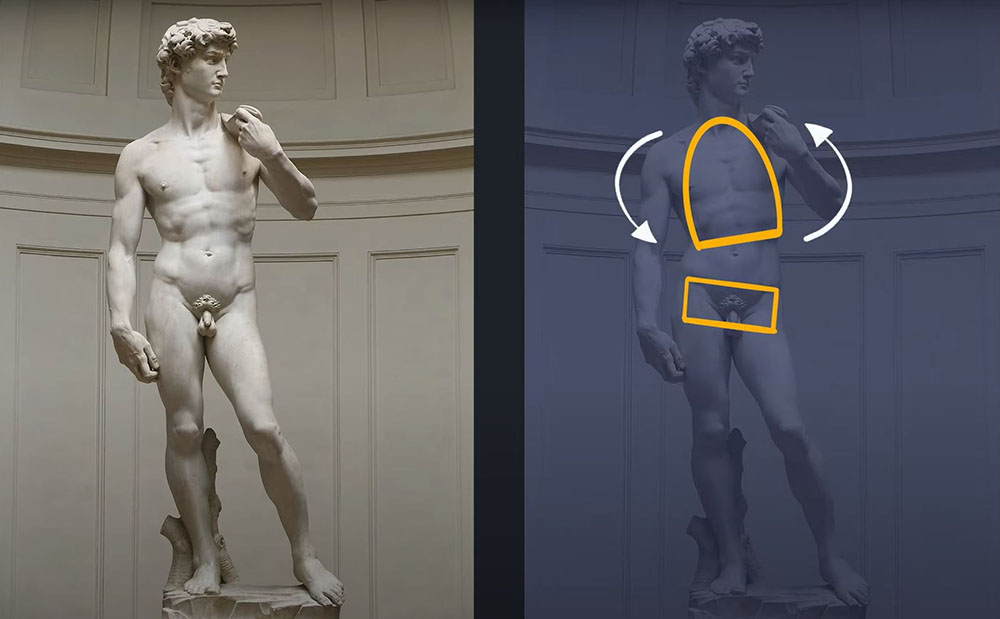 In the below example of a gymnast’s leg from the front, there are natural asymmetries which create rhythms. 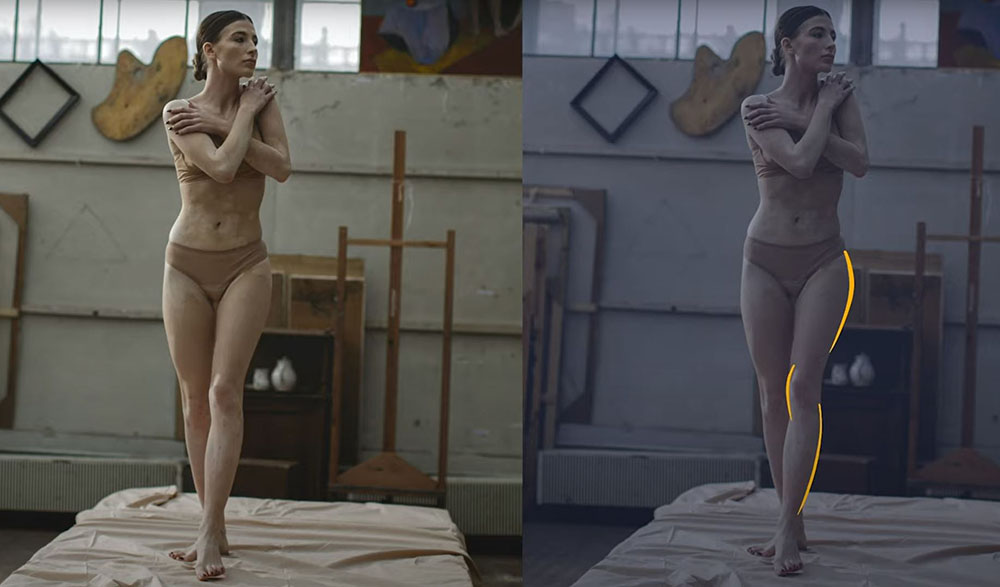 In this example of a weightlifter (below), the arm tends to have a general outward curvature to it and often creates repeating curves. 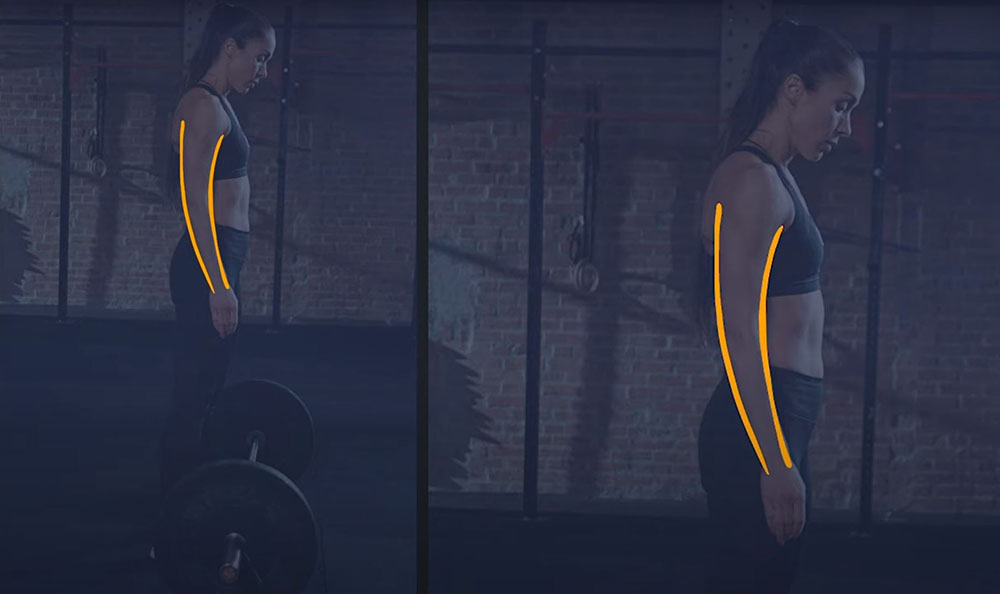 Sometimes I see a pose and to my eye personally, I don’t feel much rhythm to it. The curves created by the forms don’t seem to relate to each other in a meaningful way, at least to me: 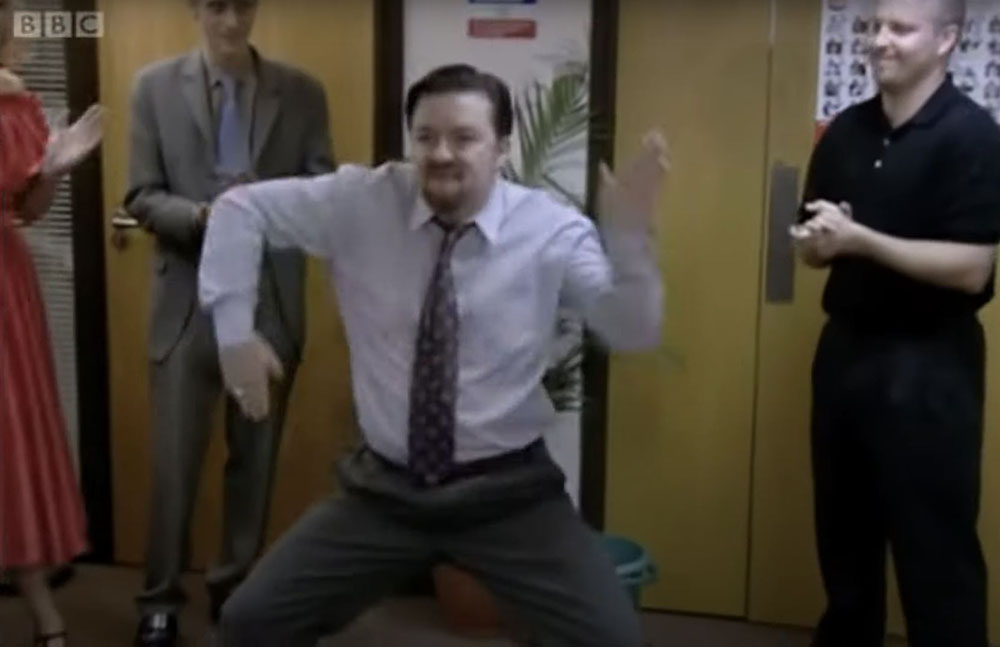 Your own rhythm as you draw

How will you achieve a sense of rhythm in your drawing? Well, hopefully now you have some idea of the concept and you can start studying it in the gestural drawings you love. You can study those drawings and think about the curves used and how they relate to each other.

You can then start trying to do all of this in quite a manual way. What I mean is that you might not be feeling it in an intuitive way yet, but you can fake it till you make it, using the ideas we have learned so far in this series.

So you can look for: 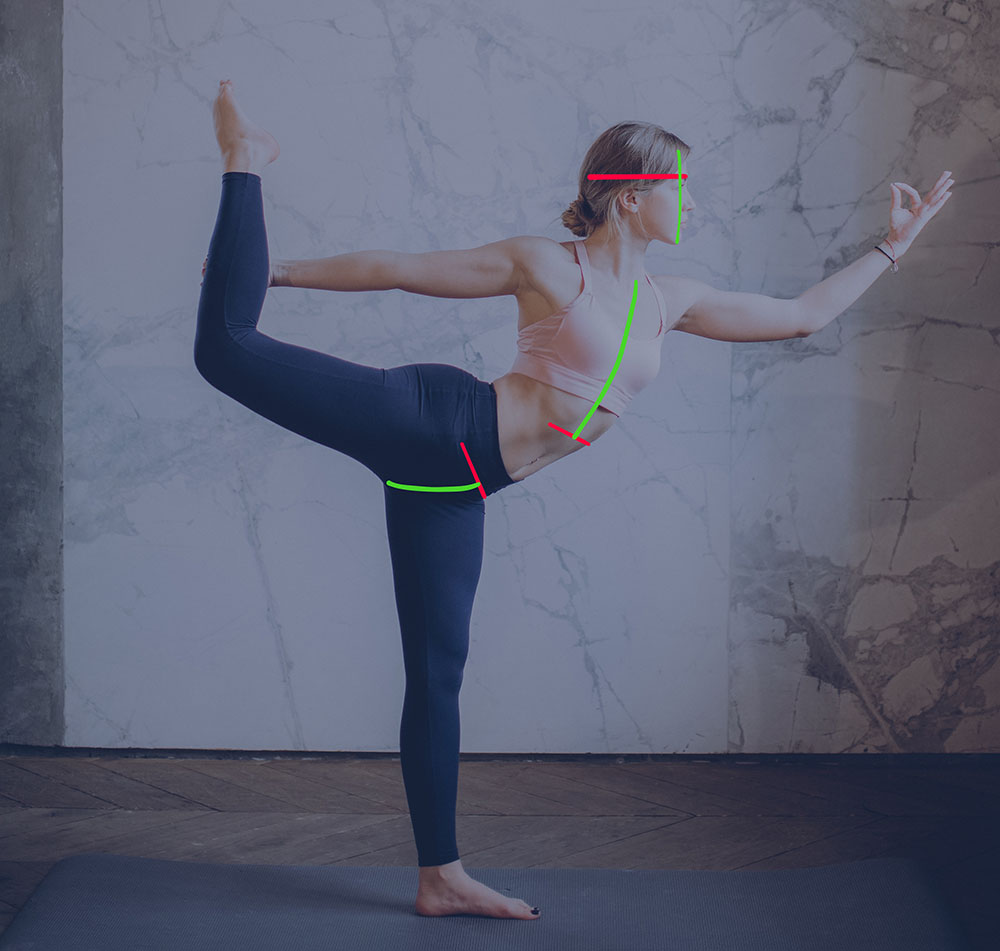 2. The squash and stretch in the torso and the asymmetries created: 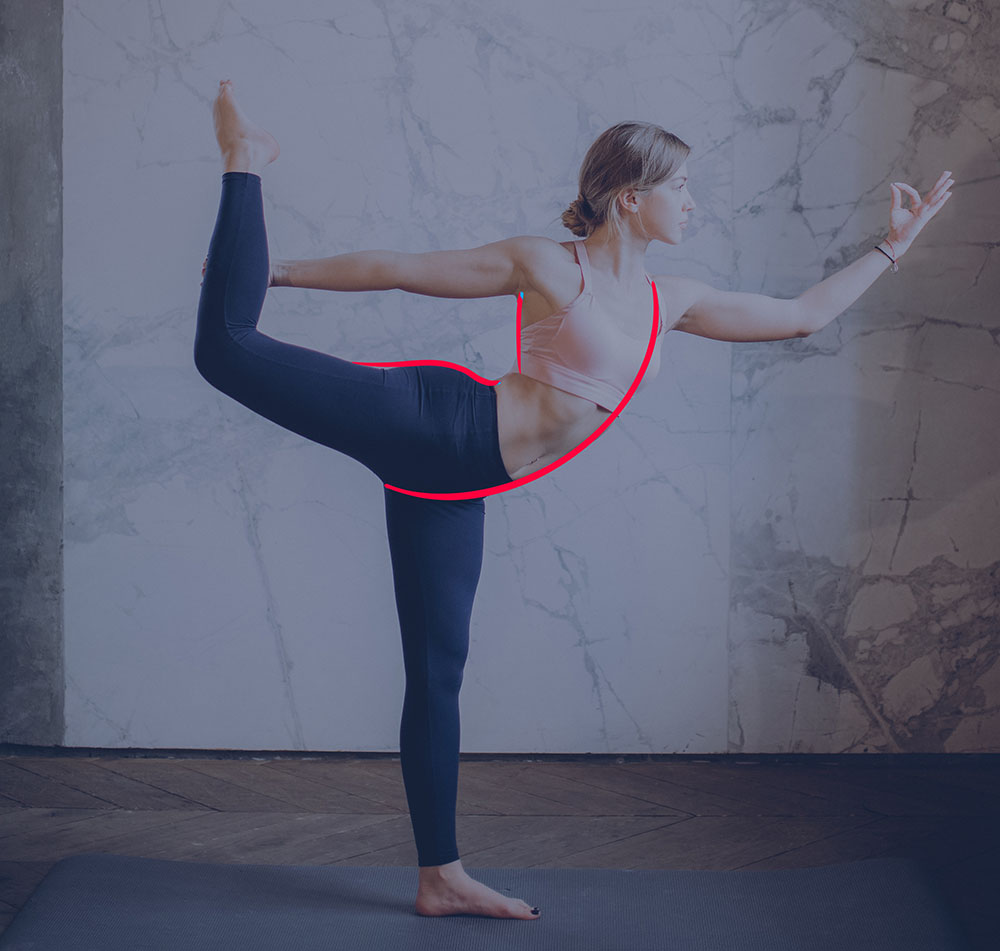 3. The simple tapering curves of the arms and legs and other repeating curves: 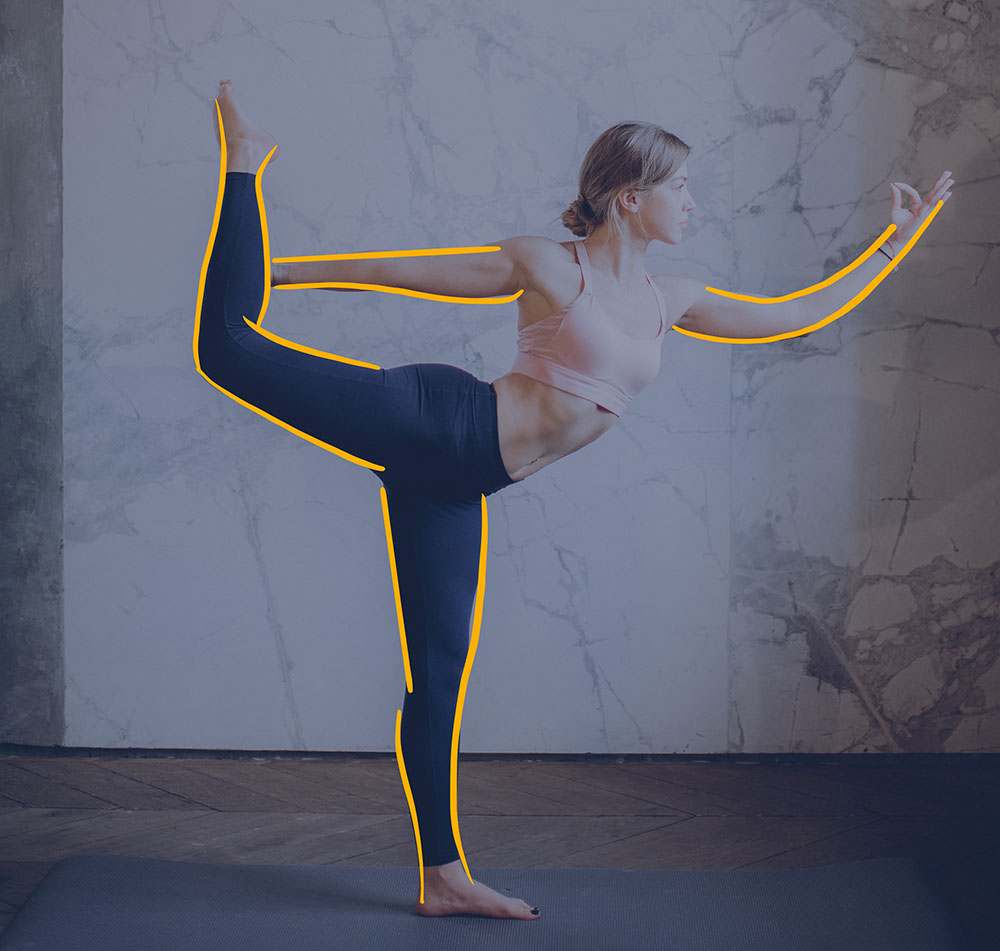 4. Looking for big and simple curves where possible, adding in more concentrations of curves in the interesting torso and less in the limbs: 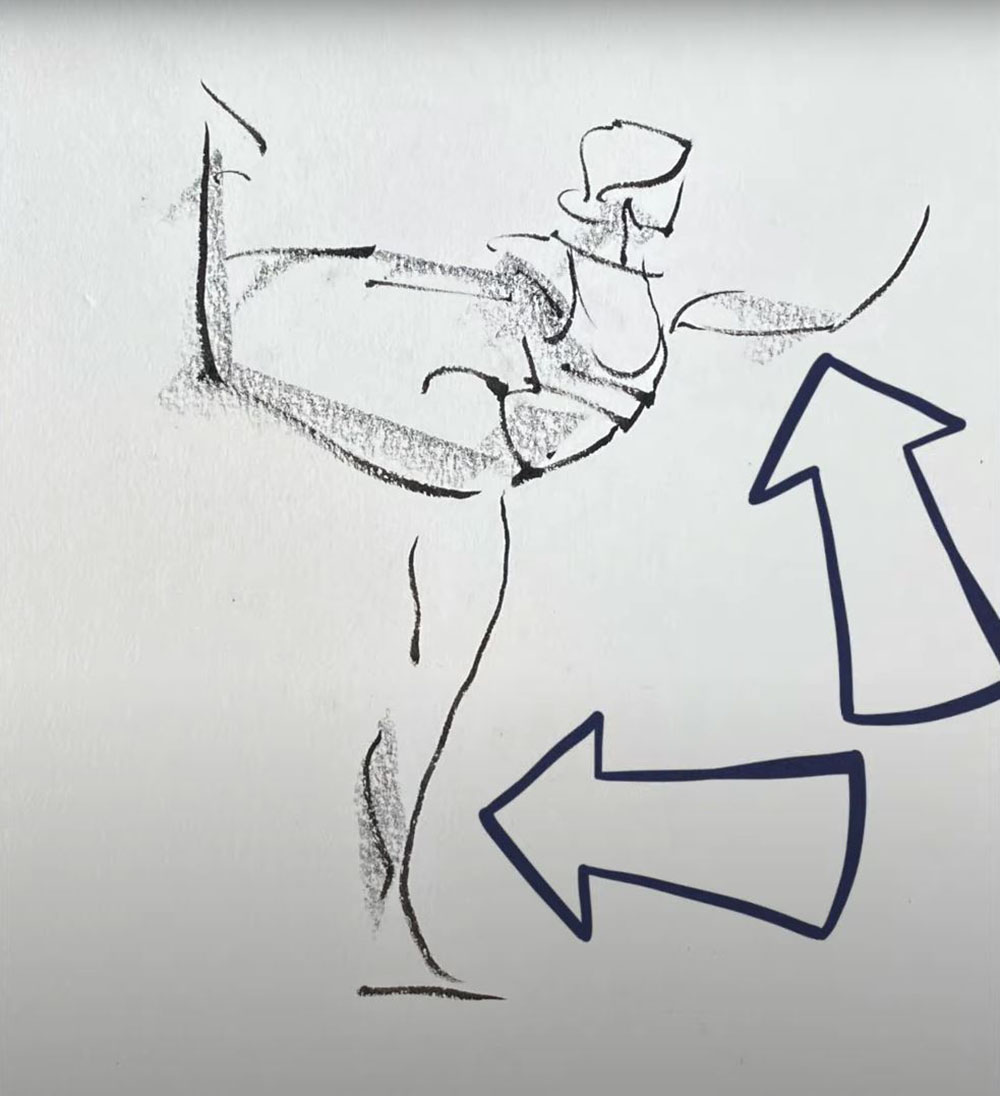 5. Bringing out one or two jarring angles: 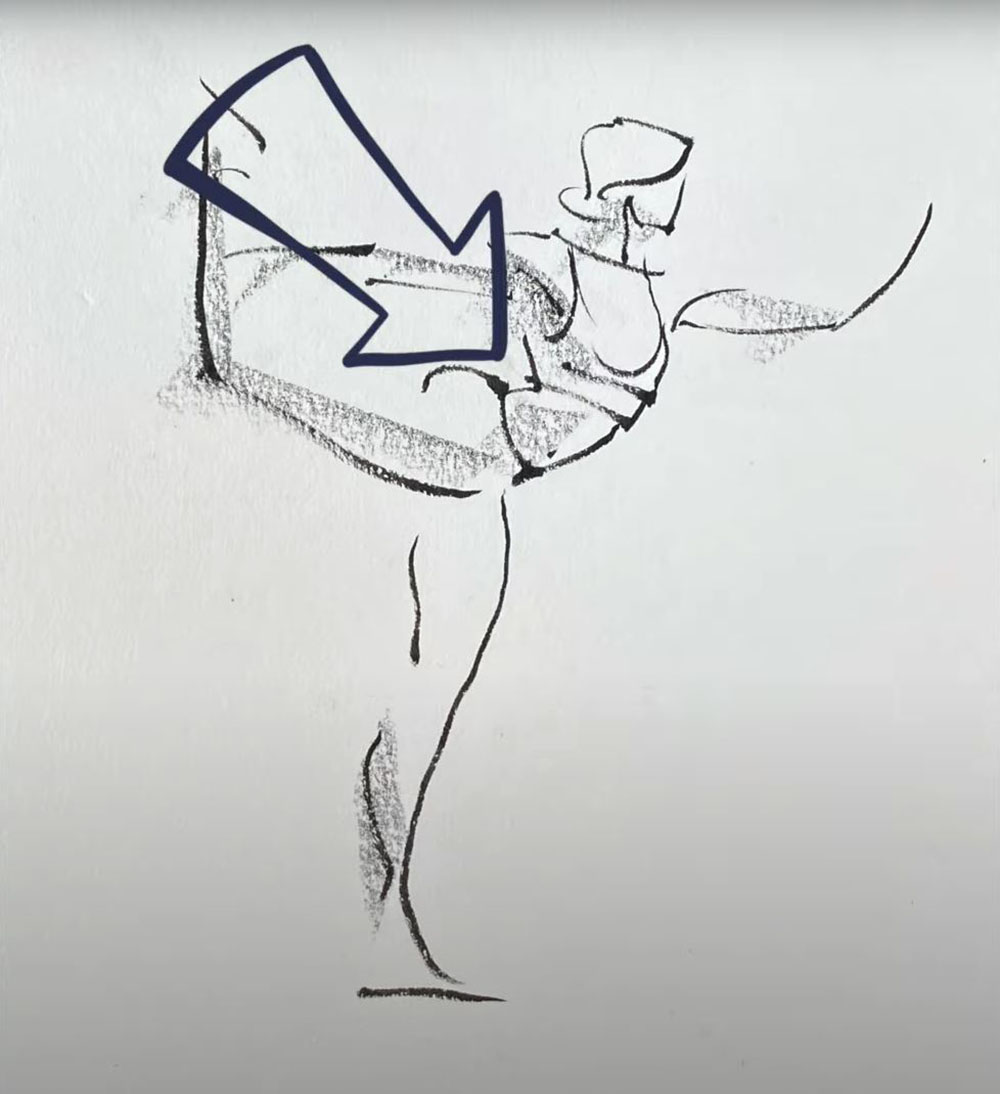 So it took a lot of thought to get there, but we figured something out. We didn’t really feel it necessarily, we sort of forced it based on our knowledge and not our intuitive skill. As you keep doing these exercises – studying your favourite artists and trying out these underlying principles – you will eventually find that when only have 60 seconds or maybe 2 minutes, where you don’t have much time to overthink things, these things start to come out naturally. And when they do come out naturally is when they often work best. During those drawings, you will start to feel a rhythm to your own drawing process. How your eyes scan the figure, how your arm moves across the paper will have a tempo and rhythm that matches the gesture of the pose. It’s an exciting moment that I really want you to experience. 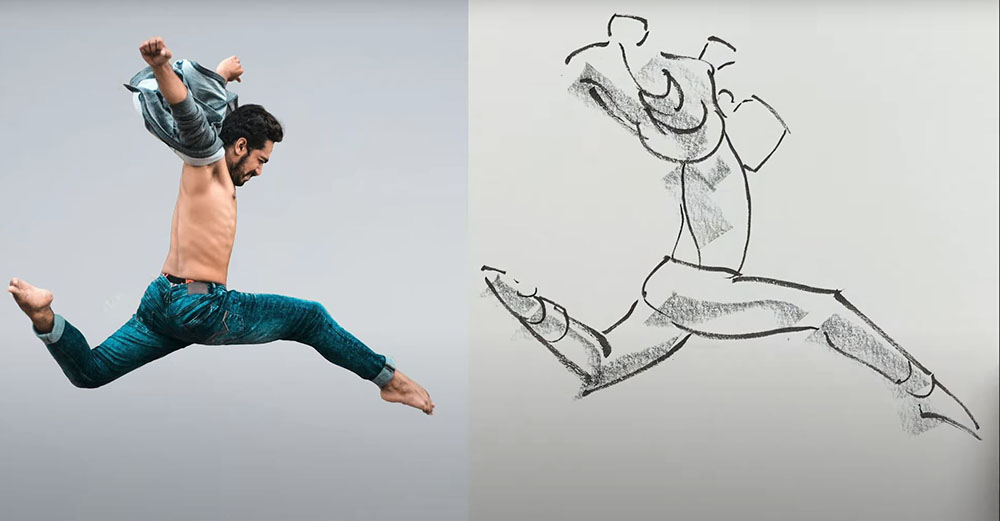 I’ve created a PDF guide that will help you see all the skills you’ll need and the best order to learn them. It is free and you can get it, along with our newsletter which is also packed with useful tips, with the link HERE.

This article is the third part of the 3 Levels of Gesture Drawing series. You can see part 1 here and part 2 here.